I grew up as the oldest of five children in a household where books seemed as numerous as toys. I was a voracious reader from a young age and I loved story-telling; as soon as I could string my own sentences together, I convinced my mother to let me use her old manual typewriter, and I would spend hours concocting my own stories – mostly fiction, although I did create a “family newsletter” that had a limited circulation. Consequently, one of my first professional aspirations was to become a writer or journalist. I wrote for the school newspaper and eventually became the editor-in-chief of my high school publication, securing a scholarship that allowed me to leave my hometown in southern Indiana to attend a college in New York, where I studied English and Gender Studies.

It was there, under the tutelage of a literature professor who became a mentor to me, that I realized how the power of words could be used to impact social change. In my multiethnic and women’s studies courses, I became acutely aware of the myriad of narratives that had never been widely shared; of histories and personal stories that had been buried and abandoned as forgotten. I also became cognizant of the fact that almost every story had multiple sides, but other perspectives to a story aren’t always brought forward or disseminated. By the time I graduated from college, I knew that I wanted to become a lawyer and work in the public interest. I wanted every person I represented to have their story told with a loud, profound voice.

I eventually attended law school, and then I practiced law for nearly five years for a non-profit, where my work focused around advocating for individuals and groups whose concerns were often marginalized or ignored. I then assumed the position as the executive director of Sojourner House, a domestic and sexual violence agency. In my current job, I continue to see the tangible impact of giving a voice to someone who has been silenced; of validating someone’s experience and giving them the space to share their own story.

The individuals and families we serve at Sojourner House come to us for help, often in one of the darkest times of their journey. Quite simply, we often are able to help change the course of the lives of the people we serve. Because of the interventions and resources that we can offer them, they frequently experience an alternative outcome. In this way, we give them the opportunity to revise their personal narrative. They are the authors, and we are able to provide them with some of the tools to craft their story.

The author Maya Angelou is credited with saying, “There is no greater burden than carrying an untold story.” The work that we do at Sojourner House with victims and survivors allows them not only to tell their story and have it validated, but we’re often able to help them start a new chapter in their own life. As rewarding as it has been for me to pen my own stories, I have learned that there is an even greater satisfaction in helping someone else write their own. 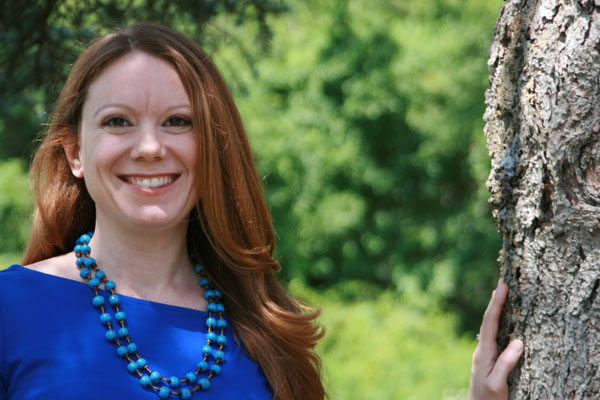 Vanessa Volz has served as the executive director of Sojourner House since 2011. During her tenure, the agency has expanded its mission, developed new residential programming, and grown its budget. She is also an adjunct faculty member at Rhode Island College, where she teaches in the Gender Studies program. She previously practiced law at the Rhode Island Disability Law Center and has published articles in the Rutgers University Women’s Rights Journal and the UC Berkeley legal casebook, Reproductive Rights and Justice. She serves as a board member of the RI Coalition Against Domestic Violence and the RI Coalition for the Homeless, and she is a current class member of Leadership RI.